Annually in October, Belarusian State Academy of Aviation celebrates the Academy Day - a holiday that is established in honor of the founding of our educational establishment in October 1, 1974. This is the main holiday of the graduates of the Academy (today there are more than 12 thousand of them) and all those who at different times worked or continue to work in the Academy, and put their strength, soul and heart into the noble work of training aviation specialists. The Academy of Aviation is a single team of people in love with heaven, aviation, and wherever they live now (and graduates of the academy work in many countries of the world, almost on all continents), they feel like one and wish alma mater prosperity.

Recently, the 45th anniversary was unanimously celebrated at the Academy, and the 50th anniversary, which we will meet together in 2024, is already very close. We celebrate anniversary dates in order to always remember our history, glorious traditions, continuity in the forward movement, the contribution of all generations of leaders, employees and cadets to the common cause of formation, development, and improvement of the Belarusian school for training specialists in the aviation industry. 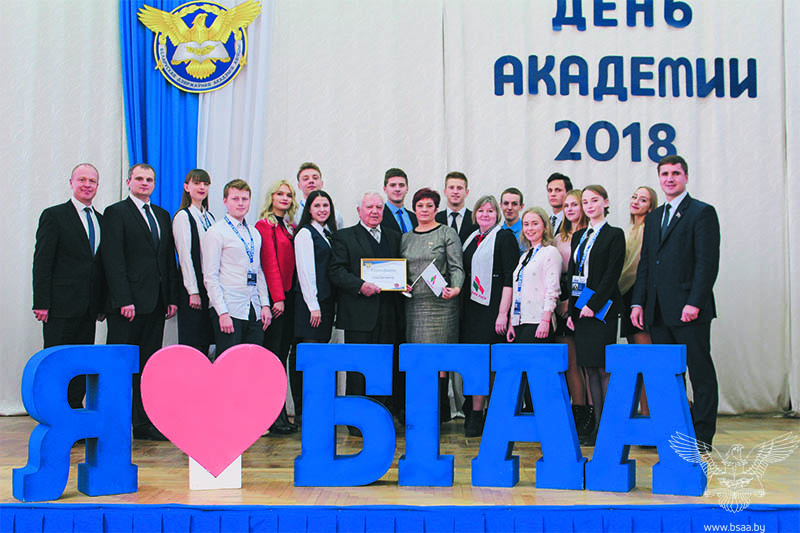 The formation and first years of the Academy were inextricably linked with the history of aviation of the USSR. In 1971-1975, due to the rapid development of civil aviation in the USSR, 7 higher and secondary special educational establishments of the aviation industry were additionally created. Within the framework of a single large state, Minsk was determined to be one of the training places for the USSR aviation enterprises, not flight, but technical personnel under secondary special education programs - electrical technicians for operating aviation devices and electrical equipment and radio technicians for technical operation of aircraft radio equipment.

Active assistance to the creation of an aviation technical school in Minsk was provided by the government of the BSSR, which transferred the buildings and structures of the Minsk Pedagogical School to the USSR Ministry of State Administration. After preliminary organizational work carried out at the republican and union levels, the Minister of Civil Aviation Marshal B.P. Bugaev signed order No. 154 on August 9, 1974, according to which it was prescribed to organize the Minsk Aviation Technical School of Civil Aviation on October 1, 1974 (hereinafter - MATSCA) . The first head of the school, a veteran of Aeroflot, Ph.D. Klimenko (appointed on November 30, 1974) formed the primary staff of the school in a short time, and from September 1, 1975, 240 cadets of the first course of study, who arrived for studies from various regions of the USSR, began to study. 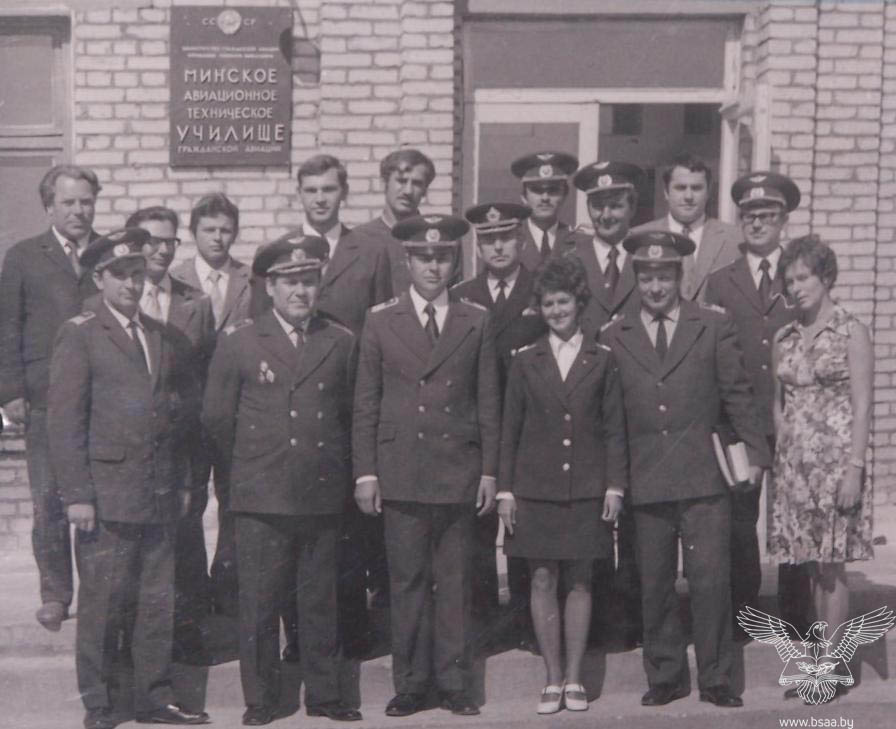 MATSCA ensured high quality training of specialists - over 90% of cadets underwent practical training at aviation enterprises with marks “good” and “excellent”, about 20% of graduates received a diploma with honors. In the 80s, the general contingent of cadets grew to 1300 people, which testified to the demand for college graduates across the entire aviation industry of the USSR. The efforts of the labor collective were appreciated by the leadership of the industry: in 1986 MATSCA was awarded the first place in the competition between secondary special educational establishments of the USSR Ministry of Civil Aviation.

In January 1991, in order to train more qualified specialists for servicing new generation aircraft and further integrate the educational process with the Riga Institute of Civil Aviation Engineers, the school was transformed into the Minsk Aviation and Technical College (MATC). However, the implementation of these plans was hindered by the collapse of the USSR. 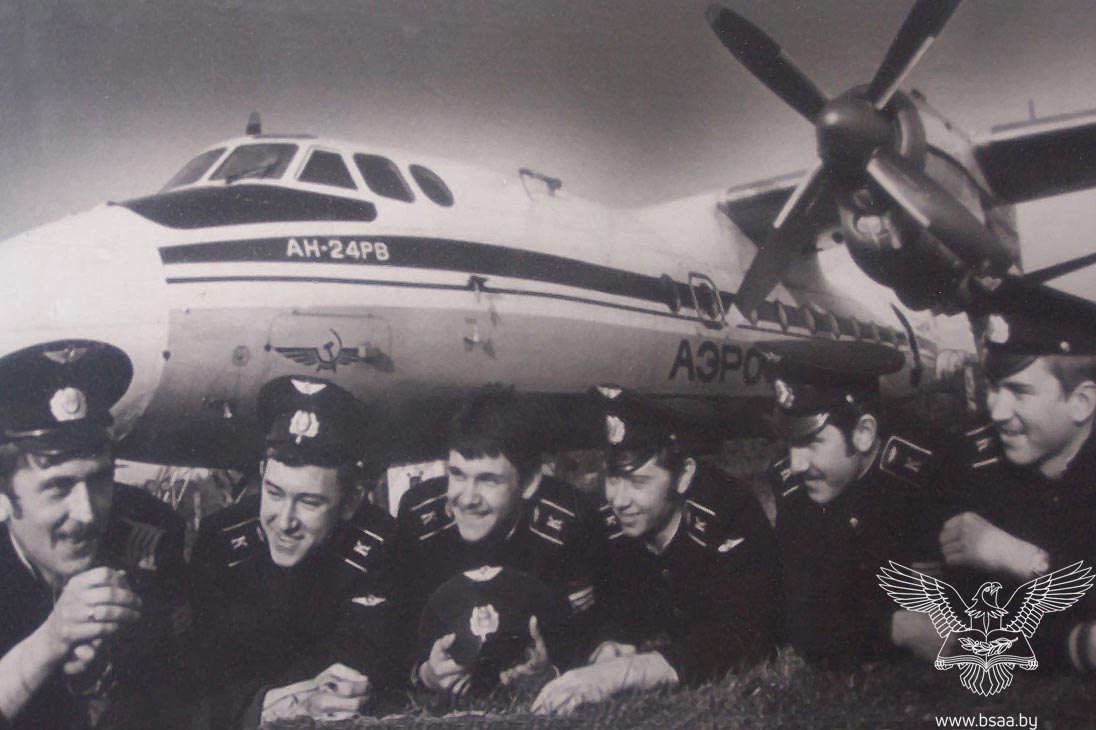 Even when the MATSCA was created in 1974, normative documents provided for its further transformation into a higher educational institution. Nevertheless, this movement vector became relevant only after the collapse of the USSR, when the construction of a sovereign Belarusian state began, and the need arose to provide a full-cycle training of specialists for the aviation industry on their own. The problem had to be solved in the difficult conditions of the 90s, when the young Belarusian state was overcoming the consequences of breaking traditional economic ties. The college was transferred to the system of the Ministry of Education of the Republic of Belarus and received the name "Minsk State Aviation College" (MSAC). The termination of cooperation with Riga was offset by cooperation with Belarusian State University of Informatics and Radio Electronics (BSUIR) and Belarusian State Polytechnic Academy (BSPA). For the first time in the history of the sovereign Republic of Belarus, 158 engineers for civil aviation were trained within the framework of the educational and scientific associations of the college and these universities (the first graduation took place in 1997). However, in general, this didn’t remove from the agenda the question of the need to create a higher educational establishment of civil aviation in the Republic of Belarus.

According to the Decree of the President of the Republic of Belarus A.G. Lukashenko dated April 3, 1995 No. 126 of the Moscow Aviation Administration was transferred to the State Aviation Committee of the Republic of Belarus and on August 25, 1995 was reorganized into the Minsk State Higher Flight Technical College (MSHFTC). These decisions gave a start to a new stage in the training of personnel for the aviation industry in our country - from that moment on, the college began to train specialists with both secondary specialized and higher engineering education, and the first graduation of 16 engineers for air traffic control took place in 1999.

In the 1997/1998 academic year, it was planned to open the training of pilot engineers with a specialization in “Operation of vehicles” with a specialization in “Flight operation of air transport”, however, in those years, for various reasons, it was not possible to begin training specialists in the flight specialty, and in 2001 It was renamed the Minsk State Higher Aviation College (MSHAC). 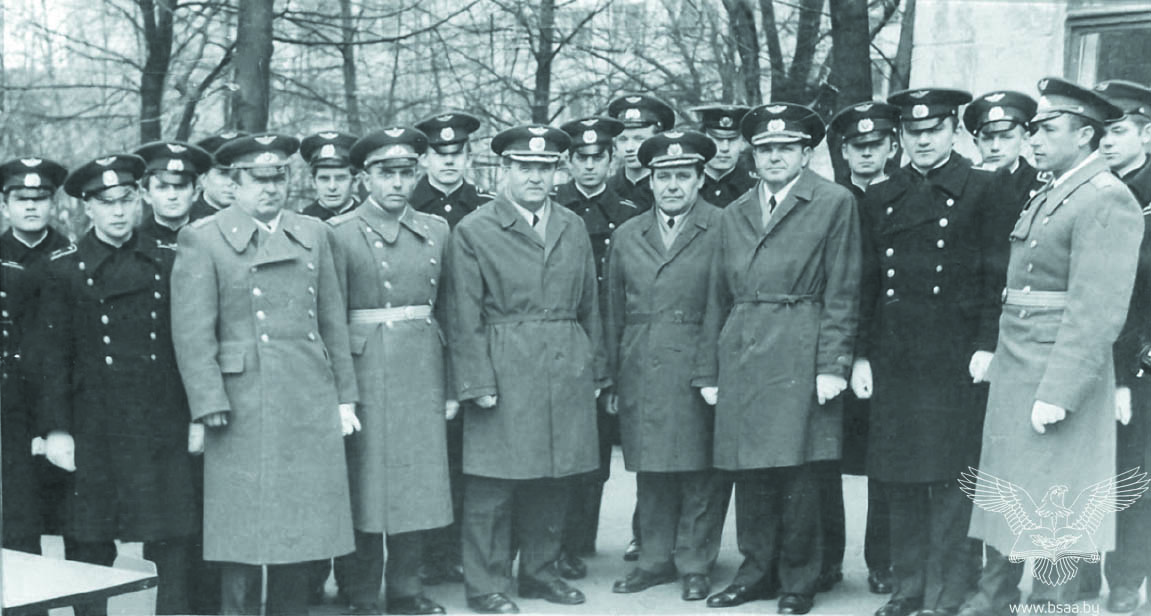 In 2003, by order of the Ministry of Defense of the Republic of Belarus, the college began training military personnel for the Armed Forces on the basis of the military department created in 1993. In 2007, the Department was reorganized into a military faculty.

Starting September 1, 2016, BSAA began training in a magistracy in the specialty “Transport” (order of the Ministry of Transport and Communications of the Republic of Belarus dated February 22, 2016 No. 59-Ts), and in 2018 - graduate school in the specialty “Operation of air transport” (Order of the Higher Attestation Commission of the Republic of Belarus dated July 4, 2018 No. 161). With the creation of graduate and postgraduate studies at BSAA, a full cycle of training of aviation specialists has been formed.

The structure of BSAA today includes a department of secondary specialized education, 2 faculties (civil aviation and military faculties) for studying at the first and second (master's) degrees of higher education, postgraduate studies, the Institute for Advanced Studies and Retraining. With the active assistance of the Aviation Department of the Ministry of Transport and Communications of the Republic of Belarus, the educational process is organized on the basis of practice-oriented training of cadets on the basis of aircraft repair plant No. 407, Minsk National Airport and other aviation industry enterprises. Forms of interaction with the real sector of the economy, which have proved their effectiveness, are the creation of branches of departments, the organization of internships.

Respect for history is an integral part of the life of the academy today. But this is not only a tribute to traditions, but also the desire, pushing off from what has been achieved, realizing its roots, to set new goals for moving forward. Among the immediate tasks of the Academy are the development of the material and technical base, the opening of new specialties, including the training of civil aviation pilots, the creation on the basis of the BGAA of international training centers for aviation personnel of civil aviation (EASA Training Center, etc.), ICAO, EASA courses, IATA, MAC. 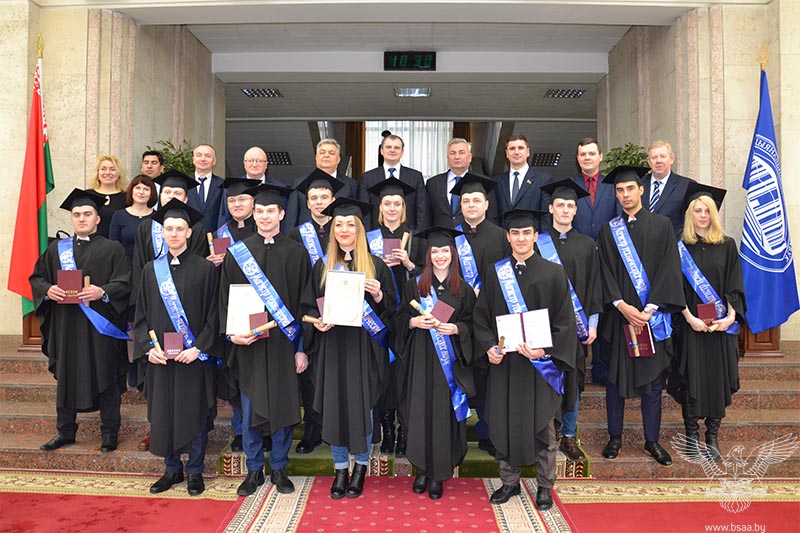 The history of BSAA is essentially the history of the formation and development of the national school for training aviation specialists. This story is the result of the efforts of the entire aviation industry of our country, all the academy employees at each stage of development, and its leaders: P.P. Klimenko (1974-1991), D. G. Glushchenko (1981-1983), N.A. Sidorovich (1983-1999), A.I. Naumenko (1999-2009), A.A. Laptsevich (2009-2015), G.F. Lovshenko (2015-2018). This story continues here and now. New pages are written in it, written so that the motto of the academy “Nadzeynyy Krylia - Byaspeka Aichyn” every day, every hour is brought to life by new achievements in the name of ensuring national security, sovereignty and sustainable development of the Republic of Belarus.